I am a private pilot who sits grounded as I write this. For the first time in a quarter century, the airspace above my head is off limits to flight by VFR pilots like me. For twenty-five years, flying machines have been my ticket to freedom. They have taken me to places far away - places where the beauty and magic of flight is inspiring beyond all belief.

Then came the morning of September 11, 2001. The world watched in unbelief as terrorists used airliners as tools of destruction. 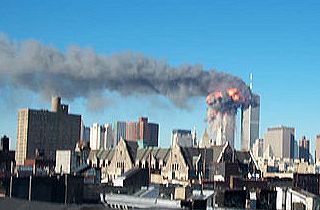 As the details began to come out, I realized to my dismay that the terrorists had been trained pilots. That was something my mind could not reconcile. How could a human being who had experienced the sheer exhilaration of rising into blue skies, on waves of invisible air, transform such a marvelous adventure into the most horrific act known to mankind?

In a moment, these monsters had cast boulders into the calm and peaceful sea of tranquillity that made up our great nation. The waves traveled outward, destroying everything in their path. First, the expanding waves ripped life from the bodies of innocent people and destroyed symbols of our society, but that was only the beginning. Ripples spread far and wide, washing away our innocence and rocking our freedom. No corner of society remained untouched.

Have no doubt - at the appropriate time I will do everything possible to return to the sky. I will not let my freedoms be taken without a fight. In the meantime, it’s our job to patiently and prayerfully support our president and those seeking to put a real end to the threat of terrorism.

We will once again fight for our freedoms, on foreign fields of battle and in the minds of men. We shall once again recognize that only God who ordained our great nation can restore it to its original greatness. In time, the waters of our society will again become calm, but only the passing of generations can return us to our innocence.