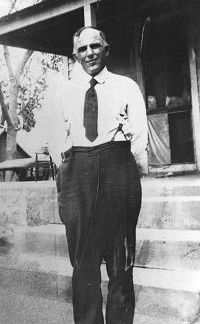 Our father Martin J. Koslowsky was born Feb. 15, 1872 at Lunsan South Russia. In 1883 he immigrated to America with his parents. On Feb. 20, 1896 he was united in marriage with Minnie Klein. Three sons, David, John and Henry were born to them. Then on April 9, 1904 his wife passed away leaving him with these three sons. Grandma Klein was a big help in caring for the boys.

Knowing the boys needed a mother he was married to Mary Lohrenz on Oct. 1, 1905. She was young and I remember her telling us it felt so strange for them to call her Mama. Especially when they needed attention at night.

The parents lived in the Steinreich Community. The church was only a short distance from our place, and we could walk to church. Our father taught the young children's class. He used the "Fiebel" and that is were we learned to read German. Sometimes there were no services at Steinreich. Then we would attend the Ebenfield church. Noting the name Steinreich which means Stone rich. Our house and also the church was built of rocks.

Eight children were born here at Steinreich. In the year 1925 father got the urge to move to Montana. His brother Peter had homesteaded there and coaxed him to move. The move was made with a Ford truck and a touring car. They also loaded some furniture and tools on a train car for shipment.

The first winter we lived 4 miles north of Frazer. That winter father fell from a hayrack and broke three ribs. In the spring we moved north to a vacant farm known as the Steltzer place. It was here that another daughter was born, but she was stillborn.

These years were great; to be among our Mennonite people and not so far from church. 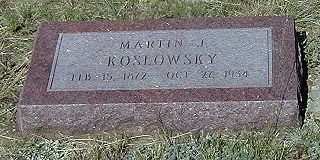 It was here that their daughter Anna decided to try her own wings. Married Henry Beier on March 1, 1928.

In the spring of 1929 we decided to move to the Grand Prairie Community. Learning to know new people was good. There was a Sunday School where we attended most of the time. These were the depression years and traveling a great distance was unheard of.

In the year of 1934 father was not feeling his best. He always had been an early riser and hard worker. Three lumps had grown where he had broken his ribs 9 years earlier. Son Martin took him to Rochester, MN Where he had surgery on Sept 6th. After he came home, it seemed cancer was raging within his body. It was only two months from Sept. 1st to Nov. 1st when we stood by his casket. He was relieved of his earthly toils and cares.

Still owning the Steinrich farm, Mother and the children still at home decided to move back there. This was in the fall of 1939. 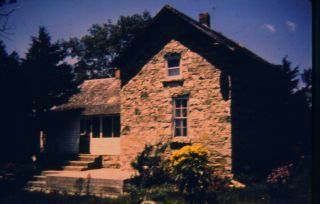 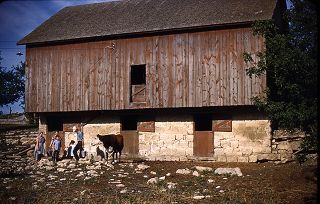 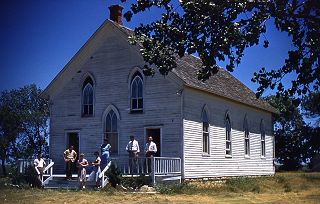 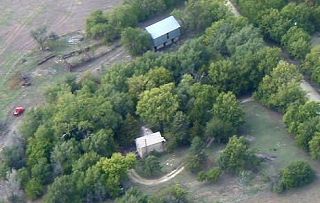 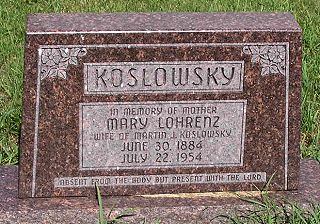 Mother had the misfortune of breaking her leg and spent 9 weeks in the hospital. This was in 1954. After bringing her home she got kidney infection and her heart weakened. She passed away on July 22 1954. She is buried at Ebenfield whereas father is buried at Lustre.

Father still always had the yearning to go back to Kansas. His mother, quite aged was still living and passed away a year later, after he died.