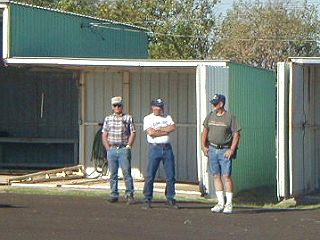 
Every airport has one or two. His name might be Frank or Les or Bill or Harry. He most likely learned to fly in a Piper Cub. He knows how to fly without all the crutches and gizmos we use today. He has an endless supply of stories. He saw the guy fly into the pine tree in 1934. He knew the guy who clipped the high-line taking off from a state highway in ‘67. He knows what it's like to lose a cylinder in flight. He's made decisions that hurt. He remembers when flying was fun and the FAA was in Washington. He brings a rich heritage to aviation. 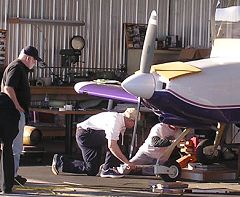 The eccentric old codger's speech is often crude if not vulgar and never politically correct. His opinions are set in stone and no one is going to change them. He's an old pilot, not because he's a bold pilot, but because he's an honest pilot. He knows what makes an aircraft fly. He knows that saying anything different doesn't make it so. He speaks from painful experience. He knows how to fix his bird when it breaks. He didn't learn what he knows second hand. He has the wisdom of an old man, but he doesn't fit into today's world. He's easy to discount as a misfit and a geezer, but to do so would be to nail the lid on a colorful era in aviation.

What a shame if we waste this valuable resource, because we value our education more than his experience. What a shame if we discount his insight because it's out of step with today's society, or should I say because society is out of step with his common sense. I say fifty years in a cockpit supersedes four years in a classroom anytime. There is no cheating in the cockpit. Failure is final. Those who succeed deserve respect.