"We went fast and then we stopped." That was the description my father gave of one of our early flights together. 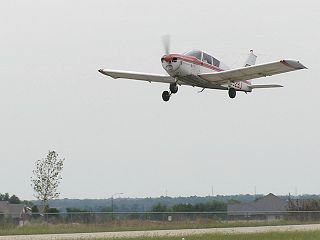 Once again today, I sat suspended in a clear blue sky with virtually no sensation of movement. I looked down on the earth from my personal box seat in the sky and marveled at my place in the heavens. I looked at the wing on my left, motionless and unsupported by any visible means. I looked at the wing on my right, protruding into open sky. I pictured the empty space beneath my feet. I thought of Richard Bach who said, "The man who flies an airplane ... must believe in the unseen." I knew we were abiding by the God-given laws of physics, but the feeling of the supernatural was overwhelming. I was living the extraordinary life described by Charles Lindbergh. I was blessed! 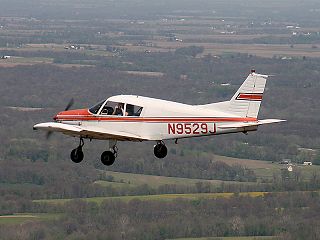 Sitting there with sunshine on my shoulder, I began to wax philosophical as I drifted. Why is it that some can fly with no more emotion than stepping on a bus, while I am still as mesmerized as I was on my first solo more than thirty years ago? What is it in my makeup that finds the sight of real astronauts floating outside the real International Space Station so captivating, while others find it hardly newsworthy? Why is it that others can be glued to their televisions to watch make-believe scenarios created on a movie set, yet I remain unfulfilled and unimpressed by such nonsense, despite the advent of special effects, high definition and surround sound?

Perhaps it's because I have zero tolerance for the dishonest, the fake, the deceptive, the unreal, the made-up, the hyped, or the unnatural. This attitude permeates every fiber of my being and every area of my life. Likewise, flying is a pursuit that must be honest and real. Try to fake it and gravity takes over, spitting you out of the sky like a hailstone. And that's as it should be in the real, 3-D, high definition, surround sound world in which we live.