Once again, the world reacts in horror as a young and famous man named John dies when the airplane he is piloting plunges into the sea. First it was John Denver and now John Kennedy. Perhaps once again, money allowed aircraft speed and performance to surpass experience and judgment. 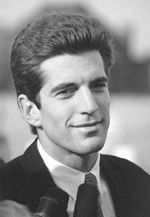 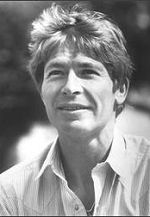 Or perhaps circumstances handed the pilot only the cruelest set of choices. Yet, for days the airwaves will be filled with commentators, short on facts and long on opinion, endlessly spouting their drivel. The world is in a frenzy.

I see heaven as a place where we are unencumbered by our feeble earthly bodies and the laws of physics. I imagine it as a place where our dreams and thoughts instantly and effortlessly become a reality.

Nowhere on earth have I come closer to experiencing that sensation, than at the controls of an airplane. With only the slightest exertion, I know I am able to go up or down, left or right, east or west, north or south. I have total freedom. The earth and all its cares are far below me. For John Denver and John Kennedy that escape was undoubtedly precious.

I believe flying can be quite safe if one is careful to make the correct choices, yet when one makes a mistake, the consequences can be swift and final. It is "appointed unto men once to die", and each of us will.

I may die in a hospital bed of disease.
If so, mourn only the fact that I was not flying.

I may die on the street, the casualty of a crazed driver.
If so, mourn only the fact that I was not flying.

I may die in the marketplace, the innocent victim of an armed robber.
If so, mourn only the fact that I was not flying.

I may die at the controls of my airplane.
If so, celebrate the fact that I was translated in the twinkling of an eye from "almost heaven" to the real thing. Mourn only for those left behind - those who will be touched by my death, and the pilots who once again will be looked upon as careless daredevils by those who will never understand.