Once again I sit here in this cramped airline seat, trying to get comfortable and hearing the familiar recitation, "We do not anticipate a change in cabin pressure, but if one should occur....." I look out the window at the rain forming beads on the wing of this 737. The sky is a dark blue-gray, but I will soon be whisked away to glowing sunshine. Then once again my mind returns to the flight attendant’s words, ".....place the mask over your nose and mouth and ....breathe normally?" As many times before, an uncontrollable smile breaks across my lips. I can imagine a forest of oxygen masks suddenly popping from the ceiling and air rushing from our lungs. I can -not- imagine 120 people, many of whom are terrified to be on this plane in the first place, calmly putting on oxygen masks and - breathing normally. Perhaps that is why we need the reminder. 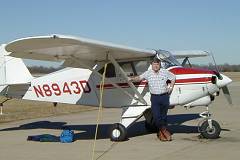 As a private pilot, I have been trained how to deal with emergencies, and more importantly, how to avoid emergencies. Often in training, my instructor would say, "Your engine has failed", as he reached out and closed the throttle. I would then set the aircraft for it’s maximum glide speed as I surveyed the terrain below for smooth landing area, taking into account the wind direction, any obstacles to an approach, and whether I could reach the site. I did this, knowing all the while that as we approached an altitude of few hundred feet, my instructor would open the throttle and we would begin climbing as he told me what I may have done wrong. I often wondered how I would react if the engine failure was real, and there was not an instructor sitting beside me. The outcome would depend completely on my actions alone. Would I panic? Would I make a deadly mistake? Would I be able to - breathe normally?

That question remained unanswered for some 15 years and 1000 hours of flight. It would be unanswered until this day if it were not for carelessness on my part. On a 1991 flight to Dallas, we stopped in McAlester, OK, to have our fuel topped off. After a few minutes on the ground we piled into the Tri-Pacer for the final leg to Dallas. The engine turned over slowly, as it has always notoriously done. Then it roared to life with an unusual bang. It could have been a backfire, but as we taxied, there was an obvious roughness that was not right. We did a 180 and returned to the FBO where a mechanic agreed to take a look. It was bad news. A cam follower had shattered, and the engine would need a complete teardown. We made it to the bus station just in time to catch the last bus to Dallas.

A month later I returned to McAlester to retrieve my pride and joy. I paid the bill and anxiously rushed through a pre-flight. When it came to fuel, I remembered my last act was to have the tanks topped and the gauges looked good. Besides, I was going to fly an hour and a half and stop for night anyway. The next morning, weather forecasts looked fantastic. With the previous days flying, the total trip would be 3.5 hours, leaving the required 30 minute reserve with the "full tanks" at the start of the trip. I took off on what I "assumed" would be a peaceful, uneventful flight. 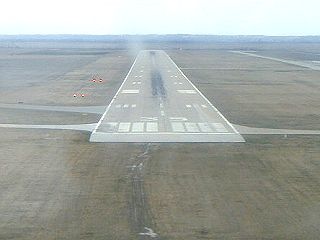 On a regular schedule, I switched between fuel tanks to keep the weight balanced. The fuel gauges continued to fall, as well they should. About three quarters of the way home, I used the final drops of fuel from the right tank and quickly made the final switch to the left. Soon I was approaching the old familiar home airport. This particular evening I was in a hurry to get home, so from 20 miles out, I made a call to the FBO operator and asked him to call my wife. Now she’d be on her way to pick me up. I could just begin to see the big north/south runway that my wheels would contacting in minutes.

Then it happened. That sudden sputtering sound followed by awesome silence. I immediately knew what I had done. I looked ahead. Between me and the airport were two lakes and I don’t want to go there. I looked down. Below me were semi-inviting farm fields and dirt roads. I banked to the right. Spurts of fuel from the left tank flowed to the engine and it again roared to life as I surveyed the terrain below. After a 360 degree turn to the right the silence returned. I had an idea. I switched to the right fuel tank and banked to the left. Again I had several seconds of power as I completed a 360 degree turn to the left. By now I had selected a section of straight abandoned road that would become my landing strip. I saw large power lines transversing the road and planned my approach for a landing to the north, just over the lines. I monitored my decent, and it looked good. Soon I was confident I had the altitude to pass over the obstructing lines and I added flaps to bring me down just beyond them. I was at full alert and using all my skills to make the best of this situation, hoping for no surprises. Touchdown was smooth and I was quickly on the ground rolling along beside a corn field. I looked to the right and saw a farmhouse in the distance. The road was smooth and I delayed braking in order to roll as far as possible before slowing to a stop. Then, I began to - breathe normally.

As I started the walk to the farmhouse, I looked back to see the Tri-Pacer sitting on at the intersection. It was a strange sight! The man at the farmhouse told me I was only the second pilot to knock on his door and ask to use his phone. I called the FBO operator with a different request this time. I asked him to fill a can with fuel, and have my wife call me when she arrived. Soon she was speeding down gravel roads looking for me.

I am still not sure what happened. I suspect some fuel was used for run-up after the aircraft was repaired. Maybe the tanks were not completely filled to start with, or possibly some fuel was removed during the month that elapsed, or perhaps I did not lean the mixture as diligently as I should have. Though it was my responsibility to be sure I had enough fuel, and I failed, it was a learning experience that I’ll never forget. And each time I hear a flight attendant say, "...and breathe normally", I'll smile and think, "Yeah, Right!"